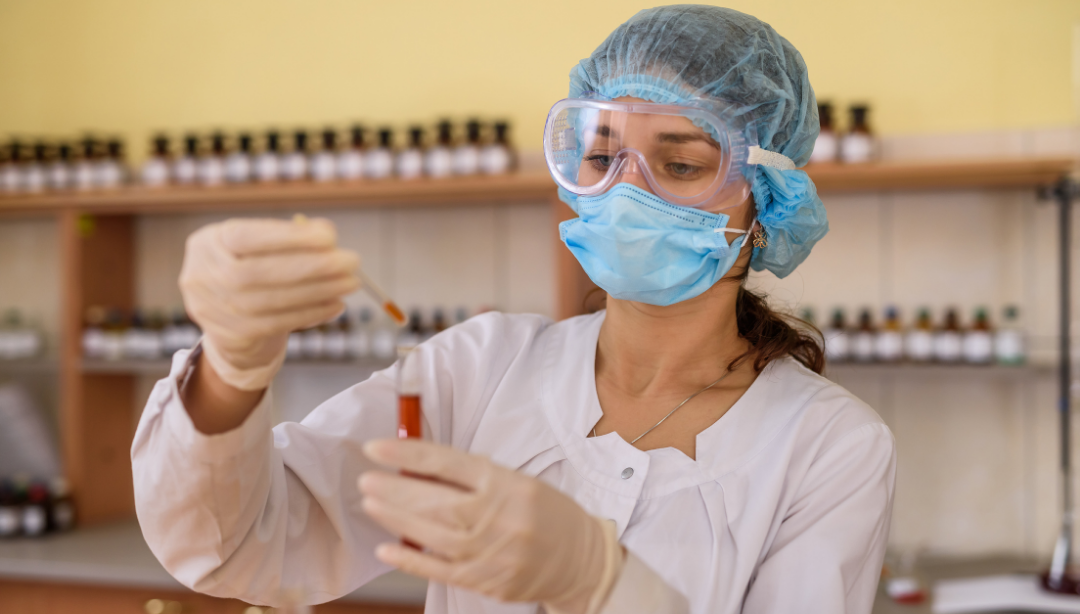 Due to the long-held (false!) belief that science and maths are “boy subjects”, female scientists and mathematicians have always been in the minority. They are underrepresented in every geographical region, and, in total, less than 30% of researchers in the world are women. However, despite its reputation as a male-dominated field, there are a ton of inspirational women in STEM. To celebrate the International Day of the Girl, here are just five of the female pioneers leading the way on the STEM scene:

One of our favourite examples of women in STEM is Margaret Hamilton, an American computer scientist, systems engineer and business owner.

As head of the Software Engineering Division of the MIT Instrumentation Lab, she developed the guidance and navigation system for the Apollo spacecraft. After Apollo, parts of her code went on to be used in Skylab, the first space station, and then in the space shuttle programme.

Not only was Hamilton a leading software engineer, but she was actually the one to coin the term for the first time! During the early stages of working on the Apollo programme, she was frustrated that the software wasn’t taken as seriously as other engineering disciplines. In reaction, she started referring to it as ‘software engineering’. A lady who wrote her own title as well as her code – we love to see it!

Dr Sue Black is a British computer scientist, academic, and social entrepreneur. In 2016, she was awarded an OBE for services to technology in Queen Elizabeth’s New Year’s Honours list.

But that’s not all. Passionate about supporting women in tech, Dr Black founded the UK’s first online network for them, BCSWomen. She also created #techmums, a social enterprise which empowers mums and their families through technology. What’s more, she started the campaign to get Bletchley Park – the site of World War II code-breaking – the heritage site status it deserves. Dr Black was instrumental in saving the park from closure due to lack of funding.

Yari Golden-Castaño is an American systems engineer. She is one of the 100 finalists of the Mars One project, which aims to select the first 24 settlers on Mars.

Based at the MIT Lincoln Lab, she worked on data analysis for air traffic control systems for her first four years. Now she develops hardware and software for laser communication, which will be the Mars One travellers’ sole source of contact with Earth.

Additionally, Golden-Castaño is currently enrolled in a Space Biomed programme at MIT. The programme offers new perspectives on the relationship between microgravity and our muscles and bones.

She is an advocate for better representation of women in STEM, and organises and runs hands-on workshops to introduce young girls to engineering. She also speaks in schools, universities and professional organisations about space exploration and the importance of following your dreams.

Dr Mirjana Pović is a Serbian astrophysicist. She is a Professor of Physics and head of the Department of Astronomy at the Ethiopian Space Science and Technology Institute. Talk about an overachiever – she has contributed to over ten international projects!

Dr Pović works on the formation and evolution of galaxies, and investigates the formation rate and mass-metallicity of stars. She has taught physics across Africa, including to orphans in Rwanda and HIV-positive women in Tanzania. She believes that scientists should spend more time connecting to the developing world, and that education and science are fundamental tools for combating inequality.

In 2019, Dr Pović was awarded the inaugural Nature Research – Estée Lauder Inspiring Science Award. She is using the €10,000 prize money to build networks for women in STEM across Ethiopia.

Karen Uhlenbeck is an American mathematician and a founder of modern geometric analysis, who developed tools and methods now used universally in her field. She works in global analysis as well as gauge theory, the mathematical language of theoretical physics.

Uhlenbeck is a Visiting Senior Research Scholar at Princeton University, as well as a Visiting Associate at Princeton’s Institute for Advanced Study (IAS). She is a founder of the IAS’ Park City Mathematics Institute, which aims to train young researchers and promote understanding of the interests and challenges in maths. In addition, she’s a founder of its Women and Mathematics programme, created to recruit and empower women to lead in maths research.

Somehow not impressed yet? Last year, Uhlenbeck became the first female winner of the Abel Prize for “the fundamental impact of her work on analysis, geometry and mathematical physics”. The prize is awarded annually to highlight outstanding advancements in maths. This makes her one of our women in STEM icons, and one Karen we can definitely get behind.

You could be next!

At Proprep, we are committed to diversifying the STEM industry. We want to ensure that people of all backgrounds – all genders, races, abilities and economic classes – are able to fulfil their academic potential. Click here to go to your account and see the benefits of our resources on your studying. Start your free trial today!